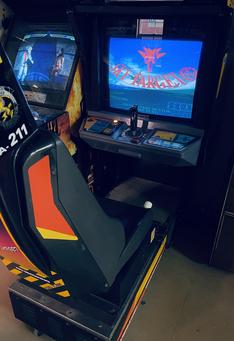 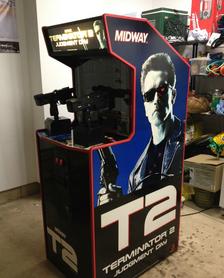 Go ballistic with Sky Target by Sega Amusements! This title is a part of Sega’s famous After Burner franchise, bringing it into 3D for the first time.

As you embark on this aerial assault adventure, use your ace fighting skills and nerves of steel to carry out an incredibly dangerous mission against a vicious enemy counterattack! Choose from four different planes: the F-14D, F-15S/MTD, F-16C, or the Rafale M, each carrying equal and unlimited weaponry, so you can shoot to your heart’s desire. Blast through six missions along with giant bosses, racking up points by total hit and accuracy percentages.

Crisis Zone is an action packed shooter from Namco, spinning off from the incredibly popular Time Crisis series.Join the elite special forces as they fight to take a shopping center back from hordes of well-armed terrorists. You are a one-man army, armed with a trusty automatic machine gun and a bullet-proof shield. Reload and take cover by taking your foot off the pedal but don’t take too long to dispatch of your enemies as the clock is ticking! 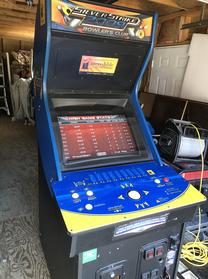 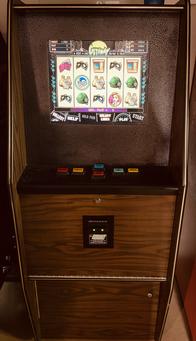 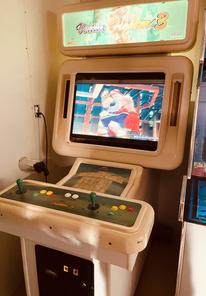 Big Buck World makes it a truly global hunting experience and it will blow away locations while attracting new players with competitive game play and non-stop action.

Virtua Fighter 3  is the third game in the Virtua Fighter series. Two new characters were added to the roster of fighters: Aoi Umenokoji, a beautiful Japanese woman and a childhood friend of Akira Yuki who used a nimble form of Aiki-jūjutsu as her fighting style of choice, and Taka-Arashi, a Sumo wrestler from Japan. This was to be the only game in the series in which T-Arashi would appear until his return in Virtua Fighter 5 R; the series' current producer, Hiroshi Kataoka later explained it was due to the technical implications of having a substantially larger character.

It was the first arcade game to run on the Sega Model 3 system board. Released in 1996, video game magazines at the time described it as having the best video game graphics up until then, comparing its real-time graphics to pre-rendered CGI of that era.[1][2] 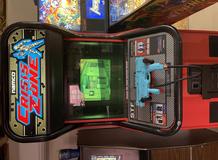 Our Run 2 HD Coast to Coast

This is a twin gun game based on the movie "Terminator 2". Save the leader of the Human Resistance, John Connor, and his mother, Sarah, from the T-1000, A mimetic poly-alloy terminator, bent on killing them both.
1 Year Warranty 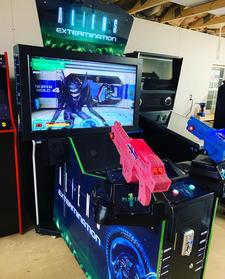 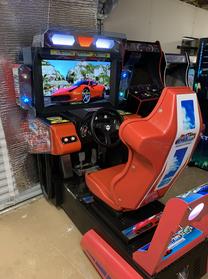